This life is nothing but one big craps game at a dilapidated casino, where you just throw your dice up against the wall and see what lands. Those little numbers have big consequences, and it’s mere whispers on the wind and a turn of the wrist that ultimately determine whether you’re riding high or starting to dig a hole. You don’t always know what exactly you are getting out of this perilous game of chance, but you keep playing because the drinks are free and everything else is some version of this game one way or the other. You might as well play the game that’s the most fun.

As not only a human being on planet Earth but a musician trying to make a living during a historic pandemic, Michael McManus understands this game well. The 31-year-old grew up in Massapequa, New York on Long Island, where Little League coaches smoked cigarettes and got in fights with parents in the parking lot and the New York Islanders were hometown kings chasing their faded glory. McManus’ family had a restaurant in New York City, which proved to be a launching pad for the teenager to lust for the ever-present buzz of musical opportunity in the city, which dwarfed the little DIY shows and bands he was messing with in high school on Long Island.

Once he reached college, making incessant beats in his dorm room consumed him and he made the most of his time in the city to learn and grow into the career he wanted. Like an eager basketball player’s fingertips wisping by the net on their way to being able to dunk, McManus skimmed the upper echelons of hip-hop and pop culture right out of college. He played as a no-name session musician with Meek Mill, collaborated with Heems of New York hip-hop group Das Racist and added a couple musical contributions to Anthony Bourdain’s Parts Unknown and Viceland’s Gaycation. There were some professional highs and some shady, cutthroat lows, all parts of the experience of betting on yourself within the musical industry. Through it all the Long Island-native kept rolling the dice, stacking the chips and playing the game, learning what he could.

With the chips stacked in his corner, McManus has taken his initial music biz education and has gone all in on his full-band project Gamblers, which released its debut album Small World in September. Small World is an intriguing prospect that won’t fit into any hole that’s been pre-dug for it. With shimmering guitars slashing over drum machines and loops and McManus trying everything from mouth-full-of-blood pop songs to earnest indie ballads, Gamblers finds congruences in the musician’s varied musical influences and interestingly pieces together the parts of our lives that fit uncomfortably together. The album wins out more than it folds and it’s quite an accomplished first statement from McManus.

As luck would have it, McManus is the only one left standing in the band after an arduous, years-long process of bringing Small World to a big audience. The music business is a tricky game, with some parts of it rigged, and it’s very much been a process of McManus’ Mario jumping over flaming barrels tossed at him from life’s Donkey Kong. This effort at success certainly isn’t trivial — and very much a reality of trying to make a living on your own art — but they do become peripheral when you are able to focus on the music of Small World and the music Gamblers is currently working on in its new form.

So McManus continues to count his chips and toss the dice, knowing that Small World is the beginning of a new game for him and Gamblers. The house may always win, but keep the free drinks coming because McManus will be here as long as people are listening, always looking to beat the system. 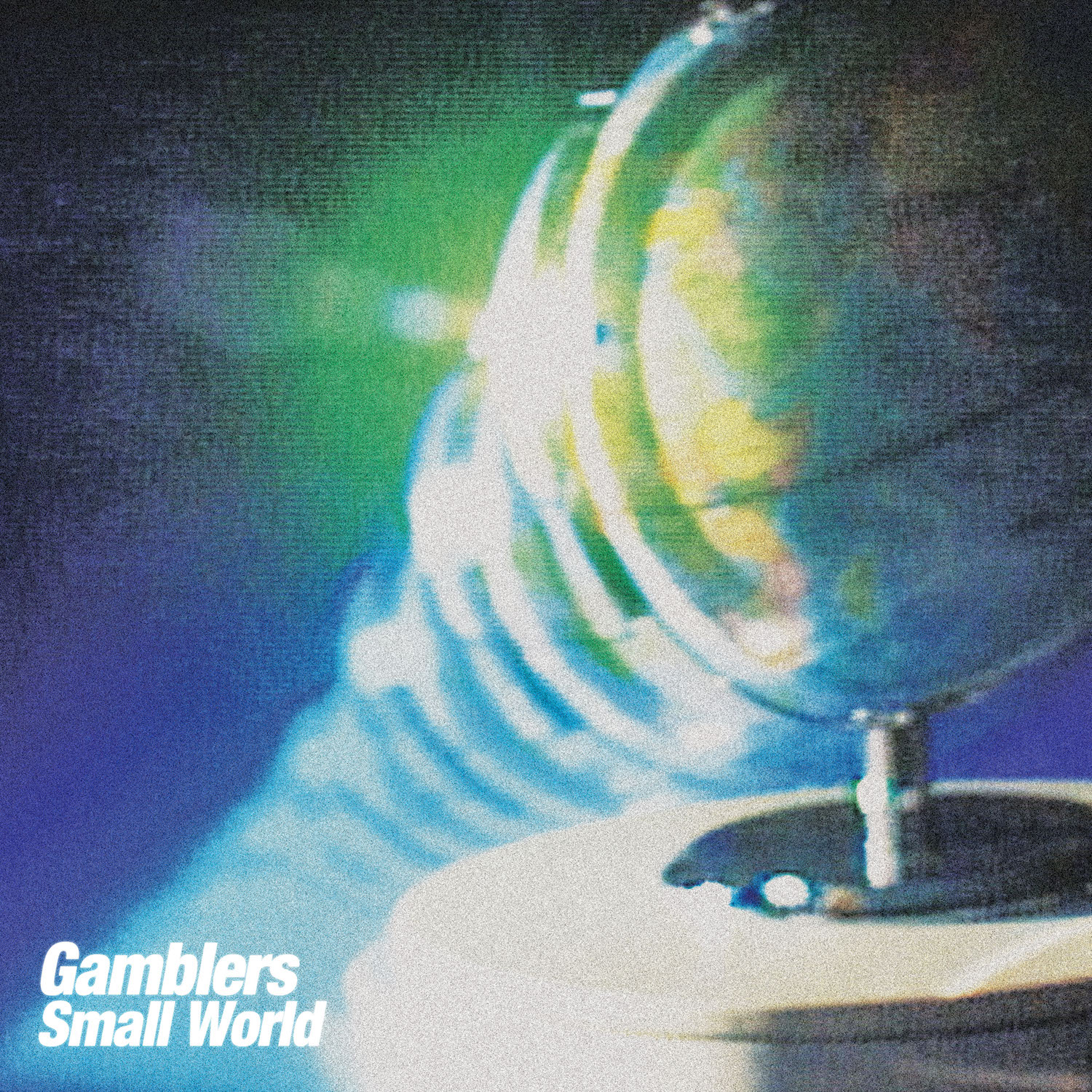 Read below for a conversation with Michael McManus. This interview has been edited for length and clarity.

Your family had a restaurant growing up, Peter McManus Cafe in New York City. How did that place play into your upbringing growing up?

It helped me view the world through the lens of so many different kinds of people. It’s a very diverse place, all sorts of people from all sorts of life. You see people at their worst behavior and you learn a lot about human behavior. I think everyone should have some kind of service experience. I wouldn’t have anyway, but I’ll never act like a jackass in an establishment because when you have that experience you’re never going to give a waiter or waitress or bartender a hard time. You know how it goes and it is a really useful experience in dealing with people in social situations.

Flirting and working with those in the upper echelon of the music business and public creativity, what did you learn and witness?

I graduated in 2011 and I basically started producing in my dorm room in 2010. By 2013 I had a couple years experience making hip hop music and reaching out to people. From 2010-2015, I was very much focused on the hip-hop side of my career. I learned everything from that experience. The way I characterize Gamblers is that it is very influenced by my hip hop career, with a new understanding of the music industry.

I grew up playing in 100 different bands and did some DIY tours and when I started making hip-hop music I got into a position where I was surrounded by people with a lot of experience. It was a fast learning curve and I took all the information about how to collaborate and what a manager does and what a publicist does. It was a high-speed crash course on the business and it was a very vital period.

What do you think you picked up as creative tools you’ll always have with you from working within a hip-hop context? How might some of those elements aided your work with Gamblers?

The beat making process is very much like throwing shit at the wall in a studio and I’ve very much taken that into Gamblers, especially on Small World. You think it has to be four guys in a room, you write, then you play and record it live, but that’s not how we operate all the time. We are writing like that more now with our new material, but we also make songs basically like how I would produce hip-hop tracks: fucking around on one thing, looping it, doing something over here and putting it together one piece at a time. I write with hip-hop in mind in a sense, in that I try and find the melody, get one line and build off that one line. It’s less daunting than sitting with an empty sheet of paper and writing poetry. Even though Gamblers is a different genre, I’m still utilizing the tools I picked up when I was learning to make beats.

You’ve got a lot of dark themes on Small World but the music doesn’t really follow suit. Could you speak to where that paradox of sunny hooks with darker lyrics really plays well off of one another well?

Generally speaking, when I’m writing something the lyrics may portray something darker than what meets the ear at first listen. The song “We’re Bound To Be Together” is a direct example. On the face of it, it’s a straight up pop tune, with a little bit of grit in the guitar. The lyrics on their face are really innocuous and kitsch pop lyrics. But I wrote it from the perspective of someone very close to me, who is a heroin addict and in prison. It’s from the perspective of the addict’s mind while getting high.

It’s this weird inside dark joke almost. The two tracks that go into each other are “Blood Sport” and “We’re Bound To Be Together,” where “Blood Sport” is from the perspective of a grieving family who lost someone to addiction and the next song is from the addict’s perspective, when he or she is basically getting high and chasing that feeling. It’s using that pop structure to tell this dark story. If I armchair therapist myself (laughs), that’s my way of justifying pop tunes. I’ll write a pop song, but only about this dark stuff. I kind of get my cake and eat it too.

Where did you want “There Was a Window” to go and where did it end up going for you?

That’s a perfect example of the hip-hop influence on Gamblers, especially from a production standpoint. The writing of that was a complete studio track, throwing things at the wall. Gary O’ Keefe, my original partner in this band who is no longer in the band, wrote that song with me.

I think “Give Yourself to Love” is the most unique song on the album, very much a band track. Where’d that come from?

That was another one written in the same way. We got a beat going and looped it. That song was done quite a while ago now and I don’t think present-day me and my lyrical taste would write a song that was very much “we are all in this together.” But that’s the funny thing about putting out records, and I shouldn’t admit this, but most people have probably moved on from their work by the time it comes out (laughs). I won’t say that I’ve moved on totally but albums are time capsules of where you were at.

Where would you say you are at now? What have you learned since Small World material has finished?

Well, as corny as it sounds, I’ve learned that nothing is ever over until you decide it’s over. If you want to keep going, you can. The thing about getting a deal, which I eventually got, is it’s not the easiest thing in the world. It took us four years of putting this band together and doing this record to be in the spot where I always intended to be, which was to have major distribution and a full team behind the release. The casualties from that are not everyone made it and I’m the only one left (laughs), if I’m being brutally honest. That’s the bittersweet lesson of Small World. 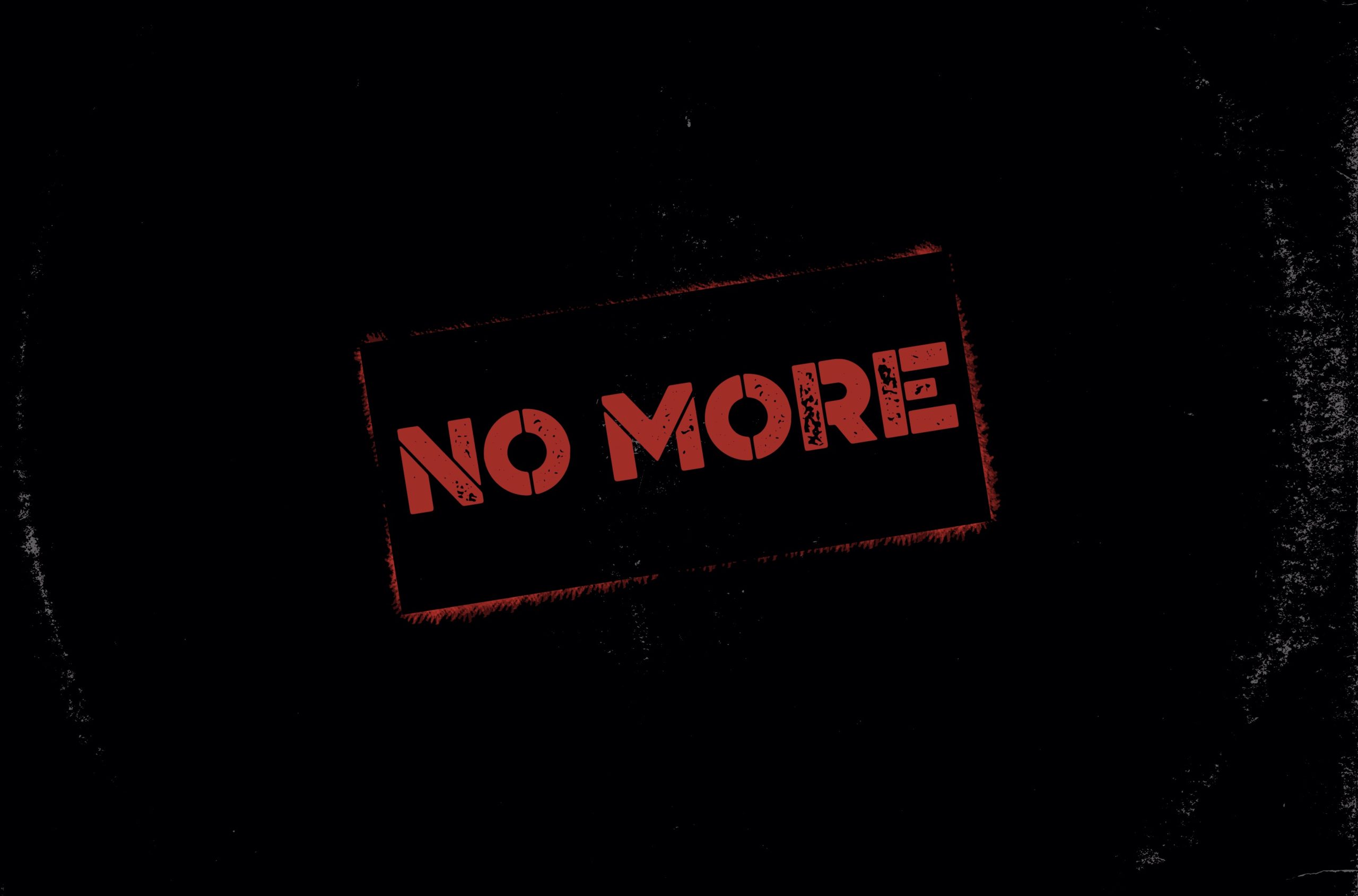 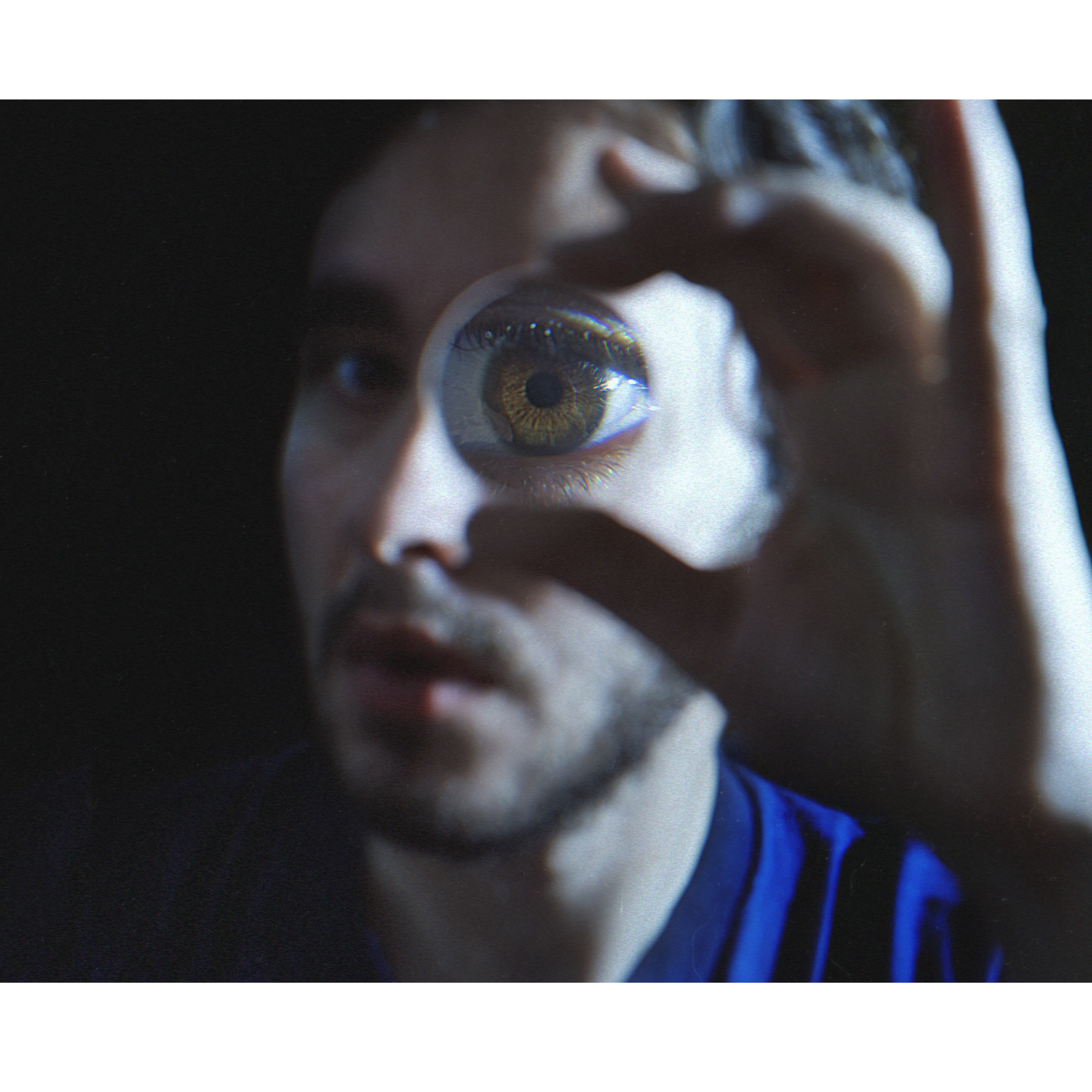 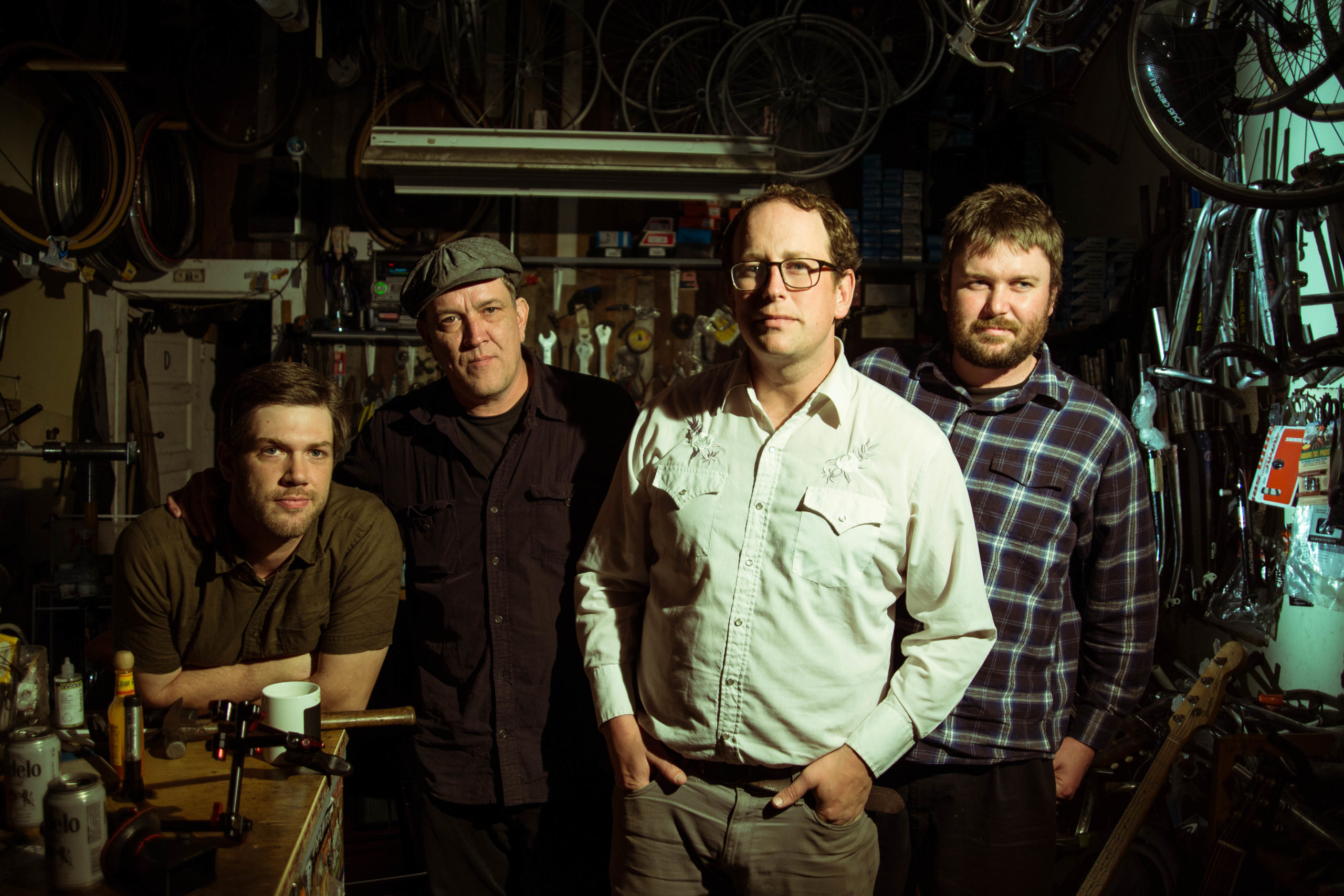 Songwriter Pete Fields of Slow Motion Cowboys talks about his creative process and songs on the tip of his tongue. Read more