Playing music live is cool because of the way a random Tuesday night gig can put you on a path to recording an album with your heroes.

That dream scenario is how it played out in the summer of 2018 when Madrid, Spain-based guitarist Lucas de Mulder was getting free and easy on a jam session at the Intruso Bar, a happening spot at the cultural crossroads of live music that passes through Spain. If you like live music, you’ll like Intruso, which is why de Mulder plays there every week and why on this one fateful Tuesday guitarist Eddie Roberts — on break from his Matador! Soul Sounds tour — walked into see what it was all about. Roberts’ band The New Mastersounds just happens to be de Mulder’s favorite band and he impressed the band leader that night with some choice covers of legendary jazz guitarist and mutual hero Grant Green. Soon, Roberts was inviting de Mulder out to his Color Red label headquarters in Denver, Colorado to cut an album.

Feel the Spirit is the product of that fine collaboration. Slated to release sometime in 2021 on Color Red, the album is an impressive introduction to a creative force who is just starting to really hone and refine their powers. The guitarist runs in a couple different bands with that acid jazz, bebop flavor in Spain — Beat Bronco Organ Trio, the Fine Cut Trio and Mighty Vamp — but this is de Mulder’s first recordings as band leader. He must have been pinching himself a little bit, considering the band he was leading was made up of his heroes, including Mastersounds’ drummer Simon Allen and keyboardist Joe Tatton, along with contributions from The Nth Power’s Nate Edgar on bass and a number of other revolving players. Roberts is behind the boards putting it all together as producer.

The first three singles of the album have been a triumphant showcase of what de Mulder is capable of. “Ginger Beat” dices along a spicy rhythm with some slices of zang from de Mulder, “Come Out at Night” is a silky little soul number and the most recent “Say Goodbye” is svelte and sweaty workout that is de Mulder at his tightest and most judicious in letting the groove set the tone. If you didn’t know any better, you’d figure it was The New Mastersounds’ latest record. Eddie Roberts is helping pass on the chops, vibe and history of the acid-jazz and bebop movement to the next generation and Lucas de Mulder is eagerly stepping up to carry that six-stringed baton and run with it. In a couple decades, hopefully de Mulder will be passing that onto the next upstart guitarist slaying it on a Tuesday night jam session. 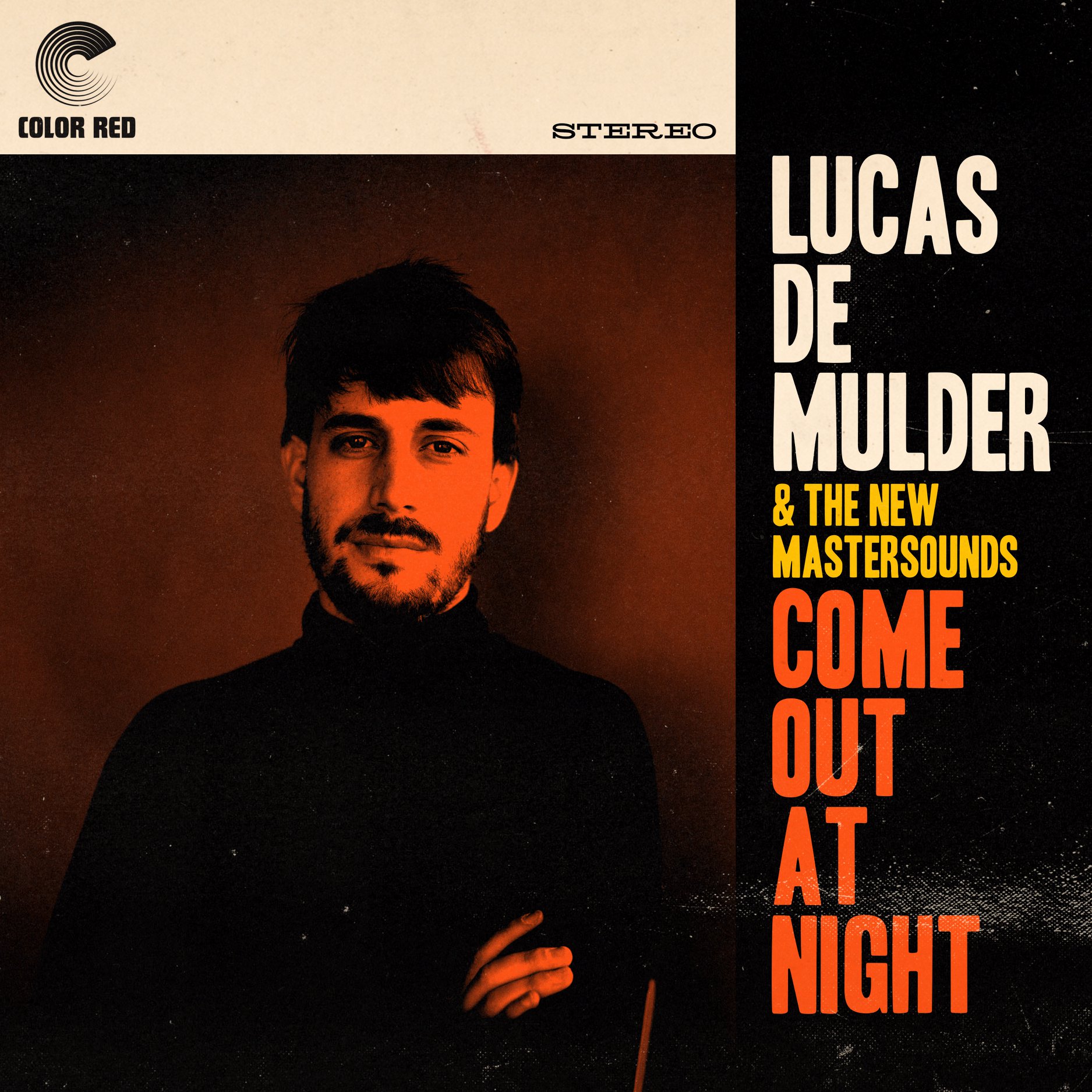 Read below for an email conversation with Lucas de Mulder. This interview has been edited for length and clarity.

When did you fall in love with guitar playing?

I started with music very early because I grew up in a very musical environment. My father is a specialist in Renaissance and Baroque instruments such as the lute, theorbo and the baroque guitar. Thanks to my parents, studying music came naturally to me. I realized that I wanted to be a guitarist when I was a teenager, because I started listening to bands like Led Zeppelin, The Beatles, The Doors or The Jimi Hendrix Experience, to name just a few. At home we listened to a lot of music.

The band is my favorite band. So when Eddie told me that I was going to record my songs with them, that was amazing! Also, I was lucky to also record with other incredible musicians like Chris Spies, Nate Edgar, Alejandro Castaño, Gabriel Mervine and Jeremy Salken. I feel very grateful and fortunate to have recorded my music with such great musicians and human beings.

What are you excited about on the upcoming Feel the Spirit?

I think the energy during the recording of the album was very positive. We immediately connected and it was a very fresh process. For me this is very important, because the people who listen to the album will notice it. I feel very identified with the result because this album is 100% me. It was a vital experience that has made me grow a lot as a person and as a musician.

What about this album are you most proud of?

The fresh and natural process in which we record the songs. We played the songs a couple of times and recorded them, immortalizing the moment. It’s as simple as that, I love that way of working

What did you learn about being a solo band leader?

Recording an album as a bandleader involves an extra responsibility, and a lot of preliminary work. You have to be very clear about the instrumentation to get the correct message for the people who are going to hear the final result. I’ve learned a lot with this process. The feeling you get when you see that all the previous work has been worth it is very rewarding.

What musical experiences feel very unique to American culture when you are here solo, as Lucas de Mulder?

Music culture in the U.S. is huge! People love music and respect it. For me it was very shocking to be dining in a restaurant listening to a band playing at a very high volume, like a real gig. I dig it!! This doesn’t happen in Spain, the band that plays in a restaurant plays very softly. I would love to have places in Spain where these things could happen.